I grew up in Rijssen in Twente, where I studied. Way before my study I was already collecting furniture as a hobby. I was always attracted to old design objects. Because of their lived through appearance, the craftsmanship with which they were made, the colors and the used (or even unused) state of the objects that are more than half a century old. In a several years after my study I realized that I wanted to turn my passion into my profession. It is a job I could create myself therefore I established Collected by Agnes three years ago. 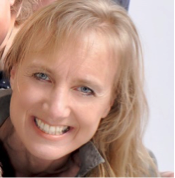